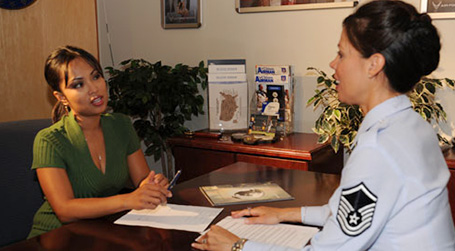 To date, over 2 million troops have been deployed. This translates into over 3 million family members who have experienced separation from their service member for extended periods of time. Service members ranked deployment length and family separation among their top noncombat-related stressors. Other studies have documented the impact of deployment on family members, noting the shifts needed for adjustment. For some children and youth, parental deployment has been associated with depression, anxiety, lower grades in school, and increased familial conflict.

Ask the service member about his or her experience with deployment. Ask specifically about combat exposure and trauma exposure. Estimates are that between 77%-87% of OEF and OIF veterans had combat exposure (i.e., shot or were shot at). Thus the vast majority have been involved in or witnessed trauma but may not be willing to share this information unless explicitly asked. The service member and his or her family need to know that you are aware of the reality of combat exposure and that you can handle hearing about it.

The growing rate of suicide in the military has received increased attention. Again, be specific in asking about this.

Many service members may be experiencing survivor guilt. “Why did their convoy get attacked and mine didn’t?” It is important to explore this issue and to help the service member make sense of the experience and surrounding feelings.

● History of Trauma (Military and Nonmilitary)

As suggested above, ask about trauma exposure experienced during deployment. But don’t limit the inquiry to this period of time. Additionally, for female service members, it is important to query about their experiences of sexual harassment or assault during deployment. Such experiences may be particularly difficult for female service members to make meaning of, given that the assault came from those who were supposed to be on their side.

Check for symptoms of PTSD, noting even sub-clinical levels and their impact on the service member’s behavior and interactions with others. Also be mindful of the impact of vicarious trauma among family members of service members.

Assess the client’s use of licit, illicit, and prescription drugs. Remember that admission of use of illicit drugs can be grounds for discharge, so service members may be particularly hesitant to be honest about their use. Don’t forget to ask about prescription drug use. Spouses may also have turned to drug use as a coping response during the deployment.

Check with service members and spouses about their sleeping habits. Disrupted sleep can be sign of PTSD and other issues.

Check to see how service members are managing any issues with anger. Are they verbally lashing out at family members? Are they being physically aggressive with others or getting into physical fights?

Many returning service members report difficulty adjusting to “normal life.” After having survived at a heightened sense of alertness for such an extended period of time, a service member may be tempted to engage in risk-taking behaviors in an effort to get the adrenalin rush that was such a part of everyday experience in theater. These behaviors may be consciously intentional or not, but can include driving recklessly, not wearing a motorcycle helmet, drinking too much, engaging in fights, and taking other chances.

During long separations, the threat of infidelity is high on both service members’ and spouses’ minds. Normalizing these concerns and assessing for extramarital relationships is important. Note that such relationships can be Internet-based, with emotional attachments formed at long distances or in person.

It is not uncommon for families to experience great changes in their family income during deployment. Finances can often become a point of tension. How have money issues been handled during the deployment? Are couples able to communicate about their needs and the status of their finances?

Explore changes in behaviors and emotions among the children in military families. Falling grades, withdrawal, depression, anger, and sleep issues are all common responses to deployment. Some studies suggest that youth have more difficulty with the reintegration phase of deployment than do parents, in part because they are concerned about the potential for re-deployment.